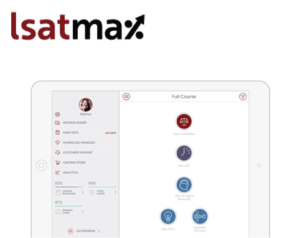 Free LSAT Practice Exams brought to you by LSATMax!

LSATMax is a great course for those who want a modern approach to study for and score high on the LSAT. With great mobile applications and higher score guarantees, what’s not to love about this LSAT review course. Their analytic feedback and reporting features offer a new dimension for students who want to know exactly where they stand with their preparation and which topics they are weakest in.

Which one of the following most accurately expresses the main point of the passage?
Rita Dove’s work has been widely acclaimed primarily because of the lyrical elements she has introduced into her fiction
Rita Dove’s lyric narratives present clusters of narrative detail in order to create a cumulative narrative without requiring the reader to interpret it in a linear manner
Working against a bias that has long been dominant in the U.S., recent writers like Rita Dove have shown that the lyrical use of language can effectively enhance narrative fiction.
Unlike many of her U.S. contemporaries, Rita Dove writes without relying on the traditional techniques associated with poetry and fiction
Rita Dove’s successful blending of poetry and fiction exemplifies the recent trend away from the rigid separation of the two genres that has long been prevalent in the U.S.

Which one of the following is most analogous to the
literary achievements that the author attributes to Dove?

chef combines nontraditional cooking methods and traditional ingredients from disparate world cuisines to devise new recipes.
professor of film studies becomes a film director and succeeds, partly due to a wealth of theoretical knowledge of filmmaking.
n actor who is also a theatrical director teams up with a public health agency to use street theater to inform the public about health matters.
choreographer defies convention and choreographs dances that combine elements of both ballet and jazz dance.
rock musician records several songs from previous decades but introduces extended guitar solos into each one.

According to the passage, in the U.S. there is a widely
held view that

poetry should not involve characters or narratives
unlike the writing of poetry, the writing of fiction is rarely an academically serious endeavor
graduate writing programs focus on poetry to the exclusion of fiction
fiction is most aesthetically effective when it incorporates lyrical elements
European literary cultures are suspicious of generalists

The author’s attitude toward the deep rift between
poetry and fiction in the U.S. can be most accurately
described as one of

perplexity as to what could have led to the development of such a rift
astonishment that academics have overlooked the existence of the rift
ambivalence toward the effect the rift has had on U.S. literature
pessimism regarding the possibility that the rift can be overcome
disapproval of attitudes and presuppositions underlying the rift

In the context of the passage, the author’s primary
purpose in mentioning Dove’s experience in Germany
(lines 32–36) is to

suggest that the habit of treating poetry and fiction as nonoverlapping domains is characteristic of English-speaking societies but not others
point to an experience that reinforced Dove’s conviction that poetry and fiction should not be rigidly separated
indicate that Dove’s strengths as a writer derive in large part from the international character of her academic background
present an illuminating biographical detail about Dove in an effort to enhance the human interest appeal of the passage
indicate what Dove believes to be the origin of her opposition to the separation of fiction and poetry in the U.S.

t can be inferred from the passage that the author
would be most likely to believe which one of the
following?

Each of Dove’s works can be classified as either primarily poetry or primarily fiction, even though it may contain elements of both.
The aesthetic value of lyric narrative resides in its representation of a sequence of events, rather than in its ability to evoke inner states.
The way in which Dove blends genres in her writing is without precedent in U.S. writing.
Narrative that uses lyrical language is generally aesthetically superior to pure lyric poetry.
Writers who successfully cross the generic boundary between poetry and fiction often try their hand at genres such as drama as well.

If this passage had been excerpted from a longer text,
which one of the following predictions about the near
future of U.S. literature would be most likely to appear
in that text?

The number of writers who write both poetry and fiction will probably continue to grow.
Because of the increased interest in mixed genres, the small market for pure lyric poetry will likely shrink even further.
Narrative poetry will probably come to be regarded as a sub-genre of fiction.
There will probably be a rise in specialization among writers in university writing programs.
Writers who continue to work exclusively in poetry or fiction will likely lose their audiences.

Both passages were written primarily in order to answer
which one of the following questions?

hat evolutionary advantage did larger brain size confer on early hominids?
hy do human mothers and infants engage in bonding behavior that is composed of musical elements?
hat are the evolutionary origins of the human ability to make music?
o the human abilities to make music and to use language depend on the same neurological systems?
hy are most people more adept at using language than they are at making music?

Each of the two passages mentions the relation of music
to

The authors would be most likely to agree on the
answer to which one of the following questions
regarding musical capacity in humans?

Does it manifest itself in some form in early infancy?
Does it affect the strength of mother-infant bonds?
Is it at least partly a result of evolutionary increases in brain size?
Did its evolution spur the development of new neurological systems?
Why does it vary so greatly among different individuals?

Which one of the following principles underlies the
arguments in both passages?

Investigations of the evolutionary origins of human behaviors must take into account the behavior of nonhuman animals.
All human capacities can be explained in terms of the evolutionary advantages they offer.
The fact that a single neurological system underlies two different capacities is evidence
The discovery of the neurological basis of a human behavior constitutes the discovery of the essence of that behavior.
The behavior of modern-day humans can provide legitimate evidence concerning the evolutionary origins of human abilities.

Which one of the following most accurately
characterizes a relationship between the two passages?

Which one of the following most accurately expresses
the main point of the passage?

Since distribution of a document placed on a Web page is controlled by the author of that page rather than by the person who creates a link to the page, creating such a link should not be considered copyright infringement.
Changes in copyright law in response to the development of Web pages and links are ill-advised unless such changes amplify rather than restrict the free exchange of ideas necessary in a democracy.
People who are concerned about the access others may have to the Web documents they create can easily prevent such access without inhibiting the rights of others to exchange ideas freely.
Problems concerning intellectual property rights created by new forms of electronic media are not insuperably difficult to resolve if one applies basic commonsense principles to these problems.
Maintaining a free exchange of ideas on the Web offers benefits that far outweigh those that might be gained by a small number of individuals if a radical alteration of copyright laws aimed at restricting the Web’s growth were allowed.

Which one of the following is closest in meaning to the
term “strengthened” as that term is used in line 8 of the
passage?

With which one of the following claims about
documents placed on Web pages would the author be
most likely to agree?

The passage most strongly implies which one of the
following?

There are no creators of links to Web pages who are also owners of intellectual property on Web pages.
The person who controls access to a Web page document should be considered the distributor of that document.
Rights of privacy should not be extended to owners of intellectual property placed on the Web.
Those who create links to Web pages have primary control over who reads the documents on those pages.
A document on a Web page must be converted to a physical document via printing before copyright infringement takes place.

According to the passage, which one of the following
features of outgoing messages left on telephone
answering machines is most relevant to the debate
concerning copyright infringement?

The author’s discussion of telephone answering
machines serves primarily to

According to the passage, present copyright laws

Which one of the following most accurately expresses
the main point of the passage?

Analysis of fossilized pollen is a useful means of supplementing and in some cases correcting other sources of information regarding changes in the Irish landscape.
Analyses of historical documents, together with pollen evidence, have led to the revision of some previously accepted hypotheses regarding changes in the Irish landscape.
Analysis of fossilized pollen has proven to be a valuable tool in the identification of ancient plant species.
Analysis of fossilized pollen has provided new evidence that the cultivation of such crops as cereal grains, flax, and madder had a significant impact on the landscape of Ireland.
While pollen evidence can sometimes supplement other sources of historical information, its applicability is severely limited, since it cannot be used to identify plant species.

The passage indicates that pollen analyses have provided
evidence against which one of the following views?

The moldboard plough was introduced into Ireland in the seventh century.
In certain parts of County Down, cereal grains were not cultivated to any significant extent before the seventh century.
In certain parts of Ireland, cereal grains have been cultivated continuously since the introduction of the moldboard plough.
Cereal grain cultivation requires successful tilling of the soil.
Cereal grain cultivation began in County Down around 400 A.D.

The phrase “documentary record” (lines 20 and 37)
primarily refers to

documented results of analyses of fossilized pollen
the kinds and quantities of fossilized pollen grains preserved in peats and lake muds
written and pictorial descriptions by current historians of the events and landscapes of past centuries
government and commercial records, maps, and similar documents produced in the past that recorded conditions and events of that time
articles, books, and other documents by current historians listing and analyzing all the available evidence regarding a particular historical period

The passage indicates that prior to the use of pollen
analysis in the study of the history of the Irish
landscape, at least some historians believed which one
of the following?

Which one of the following most accurately describes
the relationship between the second paragraph and the
final paragraph? 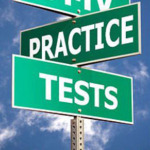